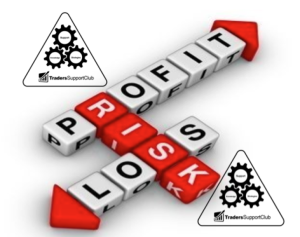 I meet new and experienced traders in all different environments. I could be chatting to one at a Forex show or speaking to a complete newbie at one of my training events.

Regardless of their experience I get asked the same two questions over and over again. “What is so special about your successful trading strategy?” And… “What results can expect to get if I buy your program or join your Live Online Trading Room?”

Now the first question I will leave for another blog post so let’s look at why the second question is not necessarily the right question to be asking.

Now initially it seems like the right and logical question to ask, after all what’s the point in investing into learning to trade if you don’t know when you will start getting a return on your investment and what the return could be.

So for example our Guided Strategy Program consists of our three most successful trading strategies and our Email Signal Service, which has been sending signals to our traders for these three strategies, is currently sitting at over a 335% ROI in less than three years, so the successful trading strategy or strategies are there for you to trade. However a better question to be asking is “What skills do I need to learn and what mindset do I need to adopt to be able to consistently deliver my own version of that return, or my version of the that performance, month in month out?”

The reason I say that is each trader is different in their personality and also their approach. That may mean you out perform the trader next to you during one month and slightly under perform the trader next to you the month after. It might be that you have three losers that month where as they only had one because although you are trading the same successful trading strategy, you see things ever so slightly differently on a trade-by-trade basis.

So when I tell a trader to know their numbers ,the basics of overall percentage return, win loss ratio, risk to reward ratio are to me a given (even though many experienced traders can’t event tell me that!!). Now that gives you the longer term perspective or what we would call the results perspective of their results but that isn’t enough.

So what other numbers do you actually look at? Process wise look at numbers such as total number of losing trades during the period (period of testing or live trading) worst run of losers on the trot, worst individual preforming period (worst possible draw down). Knowing stats such as these, along with some other specific ones, will mean you will have a much more clear process orientated approach to the already successful trading strategy and as such can then fully appreciate and continue to trade through the times when the strategy under performs.

Too many traders look at the overall result and then immediately think that’s what they will achieve. They then fall into the psychological trap of then expecting each individual trade to reflect the overall performance of the successful trading strategy. So they question the strategy after a couple of losing trades in row, rather than cross-reference them against the worst losing period previously on either their own test results or their own previous live performance. A simple check like this may show them that on it’s way to achieving a 300% plus ROI on less than three years, there was a four-month period, where if you had started at that point, by the end of it you would have barely broken even. Or over the 33-month period of the successful trading strategy, there were three losing trades on the trot and in two cases four losing trades on the trot. Simple cross referencing like this can make the trader realise that they may be applying a successful trading strategy but at that point it’s going through a fairly common draw down period, rather than over think the immediate result and then try and tweak the strategy or add new indicators or entry patterns.

So in short know your basic numbers from an overall results perspective and then delve a little bit further and look the numbers in a more process perspective. Obviously past performance in no indicating of what will happen in the future but it can help prepare you for the road ahead and not falling fowl to random distribution.